The history of the evolution of Western cutlery

The tableware used in the West is mainly knife and fork. At first, only the knife was used. The early knife was a stone knife or a bone knife. After the copper was smelted, there was a copper knife. After the iron appeared, the iron knife was used. A separate knife is not like a chopstick. It is not a tableware in the strict sense, because it is multifunctional and used to slaughter, dissect, cut the meat of the hunting or cattle and sheep, and when it is cooked and edible, it also serves as a tableware.

As late as the 15th century, Westerners used a double-pointed fork in order to improve the posture of eating. Because the knife was used to send food into the import, it was not easy to use the fork, and the fork was used to hold the meat. The fork is a tableware in a strict sense, but the weakness of the fork is inseparable from cutting with a knife, so the two are indispensable. By the end of the 17th century, the British upper class began to use three-pointed forks, and by the 18th century there were four forked forks. Therefore, Westerners use only four or five hundred years of history.

Why is the West not embarrassed? This is related to the fact that Western food is mainly meat, and meat is related to agricultural structure. Europe is dominated by animal husbandry, and bread and the like are non-staple foods that are taken directly by hand. The staple food is beef and mutton. It is most convenient to cut the meat with a knife and send it to the import. The ranch and the grassland are vast, and the knives and forks are hung on the belts. There is no place to eat, and you must carry them with you. After the city settles, the knife and fork enter the family kitchen, so you don’t have to take it with you.

Western food, compared with Chinese food, is not only the difference between chopsticks and cutlery, but also the experience of personal culture.

Knife and fork usage is used in order from the outside to the inside. When eating, it is generally the right and left hands to cooperate with each other, that is, one knife and one fork are used in pairs. Some exceptions are when you drink soup, just put the spoon on the right – hold the spoon with your right hand. 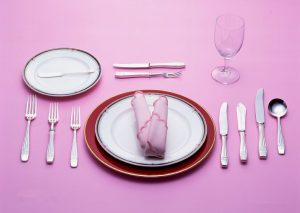 How to use the knife and fork

The basic principle of holding a knife and fork is to hold the knife or spoon in the right hand, hold the fork in the left hand, gently grip the tail end with your hand, and press the index finger on the handle. Pay special attention here, you can also take the fork with your right hand and a knife or spoon with your left hand. In addition, when eating with a knife and fork, you should use a fork to fix the left side of the food, then use a knife to cut the food into a small size, and then use a fork to pour the seasoning into the mouth.

The number of tableware knives and forks should be equal to the number of dishes, and should be arranged from the outside to the inside in the order of serving. The order is from the outside to the middle in the order of eating, followed by eating appetizers, eating fish, and eating meat. of. All forks and spoons will be placed face up and all blade sections will be placed inwards. Use the food in parallel according to the order and place it in parallel on the plate.

In general western restaurants and cafeterias, the number of cutlery and forks placed on the table is generally no more than three. The Western Restaurant will provide you with three sets of cutlery and forks. The cutlery and fork have different specifications. The size of the cutlery varies according to the purpose. When eating meat, use a large knife regardless of whether you want to use a knife. When eating salads, sweets or some hors d’oeuvres, use a smaller fork and a spoon. When you drink soup, use a large spoon. The knife on the left is a butter knife. It is specially used for spreading bread. You can’t use it. Come to cut the meat. However, in a professional high-end western restaurant or boudoir, for a three-course meal or more, you need to place a new knife and fork with the knife and fork after use. Because of the special attention, the knives and forks used in the mortuary are dedicated, and the pursuit is to cut the cockroaches and cut them completely apart. 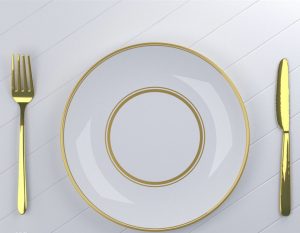 The role of the knife and fork

The western table is simple and tidy. According to the standard model, there will be cutlery, spoons, cups, bread trays, large plates, napkins, as well as small teaspoons, forks and coffee cups for side dishes. The dome knife is used to coat butter, the smaller pair of cutlery is used to eat appetizers or fish, and the larger pair of cutlery is used to eat meat main dishes. When you eat, you can use it in order, but sometimes you will encounter different pieces of tableware on the left and right sides, which means that the extra piece of the extra tableware is used alone. 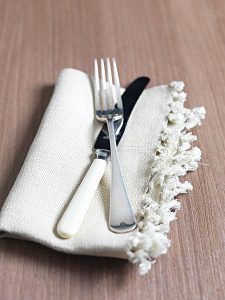