Etiquette on the Western table

You are here:
uncategorized 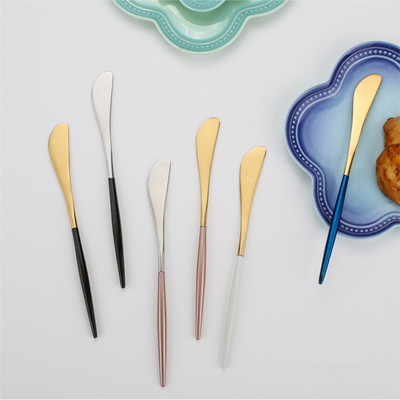 Knives and forks are a famous symbol of Western food culture and an important part of Western etiquette culture.

Western tableware is mainly a knife, a fork, a spoon, a spoon, a napkin, and there are some things that are common in the dining table on the western table, such as no wet towels. Because foreigners take their meals as social activities and wipe their faces with wet hands, the makeup disappears. In addition, there is no toothpick. It is an uncivilized manner to steal teeth in public. It destroys the appetite of others and destroys your image. So you should not find a toothpick on the western table.

Napkin implies the beginning and end of the banquet

In the western banquet, the napkin is an important prop and has many signals.

Leave the napkin halfway on the chair

Eat Western food, and if you eat and eat, suddenly a phone call comes in. This number is very important, you can’t miss it, but it is not appropriate to eat and pick up at the table. Want to go out and call, where is the napkin? Remember, in general, half of the meal comes back to eat, there is a standard practice, put the napkin on the seat of your seat, this means a meaning, the land. In addition, the napkin can wipe the mouth, but it can’t wipe the knife and fork, nor can it wipe the sweat.

Did not finish eating, the knife and fork can not be discharged

Western meals usually have cutlery and more than one pair, often two or three. No matter which knife and fork you take, it is usually a left fork and a right knife. Western food and knife use it to pay attention to it. The knife that takes Western food has the most troublesome rules of the game: eat a dish for a knife and fork. There are usually three pairs of forks, eating salads, eating seafood, and eating main dishes. The three pairs of forks are taken from the outside to the inside in order, first taking the outermost pair, the outermost one is generally eating salad, and then taking the middle, the middle of the general eat seafood, and finally the innermost One pair, the innermost one who eats the main dish, usually with teeth, eats steak.

If you ate half of the rice, how to put the knife and fork on it. It is rude to eat with Chinese chopsticks and point to others. The cutlery of Western food cannot be referred to as a person. And when the Western cutlery is cut, there is a particularity. The left and right elbow joints should be placed on the sides of the waist. This will control your cutting movement. You don’t want to be like a carpenter. The noise is annoying. It has a particularity. If you talk to someone, the knife and fork are placed on the plate with the characters of the Chinese characters. The blade is facing inward, not facing outwards. The fork is the bow facing up and the teeth are facing downwards. This action is to tell the waiter and others that I have not finished eating this dish. You must not discharge it. If the knife and fork are discharged, the blade is facing inward and the fork is facing upwards. The meaning means not eating and collecting.

In general, there will be several pairs of Western food spoons. The spoon should be placed on the outside of the right hand knife. It will probably have two or three. If there are two spoons, one of them is used to drink soup, and one dessert. If there are three, it is used to drink black tea and coffee. No matter what you drink, you should pay attention to the use of the spoon. First, it should be taken from the outside to the inside. Second, the spoon cannot be contained in the mouth. Third, the spoon can’t stand upright in the cup when it’s not in use, so let it lie flat on the plate when not in use. In addition, when eating soup, the spoon went to the soup, picked up to the far side, and then turned back. Because the soup is thicker, if you rush directly to the mouth, rushing to the body, can not get it.