A “spoon” to change the world

Spoon, a device with a handle that can pick up something. A long time ago, in order to eat hot porridge rice, people could not directly grab the food by hand. They needed to borrow tools and the spoon was invented. The word “spoon” evolved from hieroglyphics, and now the glyph is still like a spoon, and the point in the spoon symbolizes what the spoon holds. 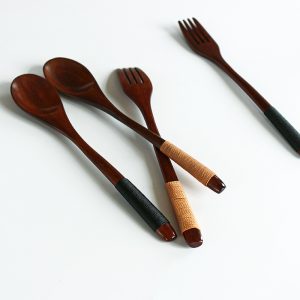 The times are advancing, from bone spoons to stainless steel spoons to plastic spoons today, the material of the spoons is constantly changing. Due to the high quality of plastics, people use plastic products, resulting in very serious white pollution. According to data released by the US group for take-out, hungry, and Baidu take-out, the plastic bags used in these three takeaway platforms can cover 420,000 square meters, which is equivalent to 59 football fields, and can cover a West Lake in about 15 days. The Indians Narayana Peesapaty’s method worked well for scientists from all over the world to drain the white pollution that brains could not solve. He is trying to use a small spoon that can be eaten to change the plastic pollution problem caused by development in developed countries. In India, 120 billion disposable tableware is consumed every year. To really solve this problem from the source, it is necessary to gradually reduce the production of disposable tableware. His edible spoon is preservative-free and green and pollution-free. Don’t worry if it melts immediately when it gets hot, or dissolves immediately when it meets water. It can be used for at least 20 minutes without deformation. Not only can you customize the shape and color of the spoon, but you can also customize the taste, such as sweet, ginger and garlic flavors. Even if you don’t want to eat the spoon, you can throw it away, it will decompose naturally in 4-5 days, and the price is as cheap as a plastic spoon. In addition to the spoon, his goal is to expand into cutlery, cups, dishes and more disposable tableware, creating a new wave of eating. 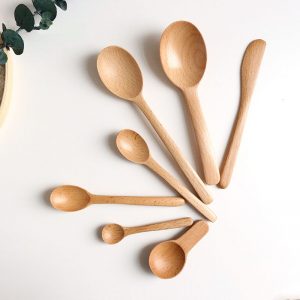 If you want to know more about the cutlery, please pay more attention to the cutlery manufacturers website.