The history of Westerners using cutlery(such as stainless steel cutlery supplier, plastic disposable cutlery supplier, wooden cutlery…) as a feeding device is not too long. The habit of cutting meat into the import with a knife has been maintained, and the wheat crops from West Asia have also made the bread that is hand-caught into their non-staple food. 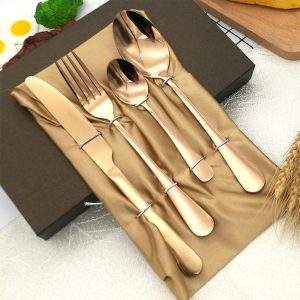 Historian Reid Tanner Hill said: Forks used to be used in Europe and the Near East for many years, but only as a tool in the kitchen, the widespread use of forks as tableware began in the 10th century Byzantine Empire. It is said that it was quite inconvenient for the pasta to be eaten with juice and water. In the early days, people used their fingers to catch them. After eating, they still tried to clean up the fingers of the juice. In the Middle Ages, some upper-class people felt that eating this indecent, racking their brains and inventing the fork, can roll the noodles into the mouth on four forks. 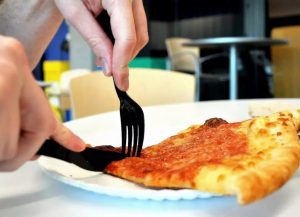 The invention of the fork was considered a sign that the Western diet entered the civilized era. When the fork was first introduced to the UK, it was opposed by the missionaries. They believe that meat and other foods are God’s gifts for the benefit of mankind. Avoiding contact with food by fingers is rude and insulting to God. A missionary in medieval Germany dismissed the fork as “the devil’s luxury” and said,  “if God wants us to use this tool, he will not give us a finger.” 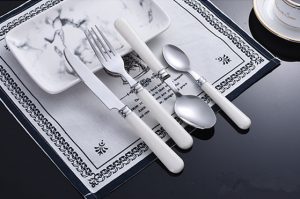 The widespread use of forks began in the 11th century in the Tuscan region of Italy, and until the 14th century, the function of the fork as a tableware was more obvious. King Kong Charles V’s list of court items lists the golden fork silver fork and states “use when eating mulberry or food that is easily soiled.” Later, the fork gradually gained attention, and its use became more and more common, and its form was continuously improved. The evolution of the fork has affected the evolution of the knife. Since the function of the fork and fork food is perfect, there is no need to eat a knife to eat, and the knife gradually becomes a blunt knife that we are familiar with. The European cutlery in the late 17th and early 18th centuries roughly determined the form of tableware in Europe and America. The fork must be cut with a knife to bring the right size of food into the mouth. Both are responsible and indispensable.